No casualties as a result of the bombardment have yet been reported, according to the chieftain of the affected village of Alana.

“In the Turkish airstrikes, the heights of Baraskan in the village of Alana were targeted, causing no human losses,” chieftain Abdulla Hussein told Rudaw.

While the area has previously been subject to Iranian artillery shelling that targets Iranian Kurdish opposition groups nestled in the border area, Turkish bombardment around Alana is unheard of, according to the district mayor of Haji Omaran. 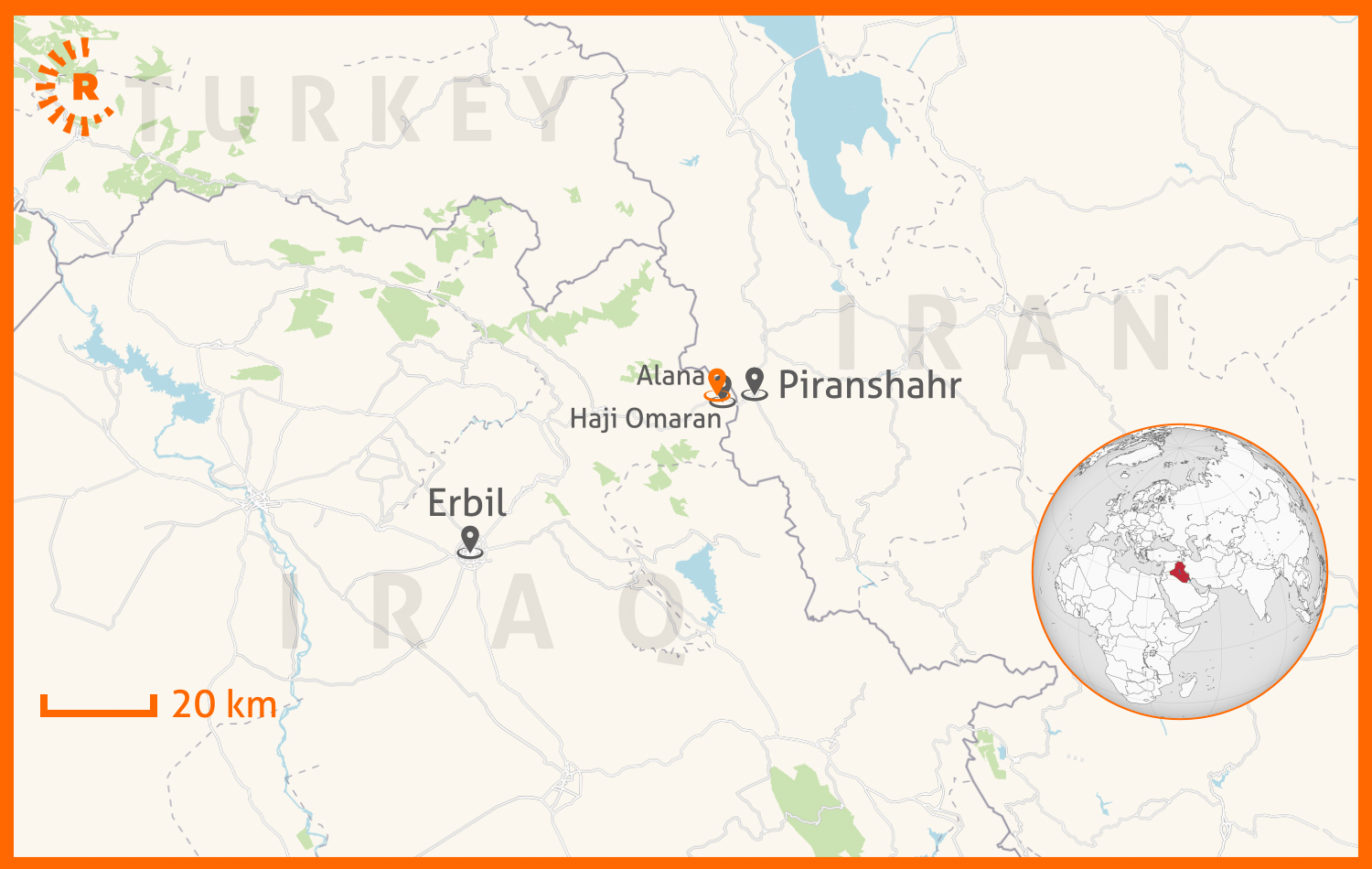 “We suspect that the two sides are in coordination, because this is the first time that Turkey has bombed this region,” mayor Farzang Ahmed told Rudaw.

“This region is frequently and every year under Iran’s shelling, on the grounds that they are targeting Kurdish opposition parties,” Ahmed said.

In Monday’s air campaign, Turkey’s defense ministry said they hit a total of 81 targets, including “shelters and caves”.

Turkey regularly carries out airstrikes and ground operations against suspected PKK positions inside the Kurdistan Region.

Currently based in the Qandil Mountains along the Turkey-Kurdistan Region-Iran border, the PKK is an armed group that fights for greater political rights for Kurds in Turkey. Decades of fighting with Turkey has led to the death of thousands, including civilians.

Both Erbil and Baghdad have repeatedly called on Ankara to halt its attacks, and have demanded the PKK withdraw from their territory.

Civilians are routinely caught in the crossfire of conflict in Kurdistan Region border areas.

“Only civilians pay the price and fall victim, including nomads and those who raise livestock and sheep,” chieftain Hussein said.